Shaul Nehemia Eisenberg was born in 1921 in Munich to a religious Jewish family from Poland. After the Nazi rise to power, he fled and wandered around Europe as a refugee. When the Germans occupied the Netherelands, where he was at the time, he sailed to the Far East and in 1940 reached Shanghai. From there he migrated to Harbin, the capital of Manchukuo, which was a Japanese protectorate and from there made his way to Japan. In 1941, he married a local woman and his business began to flourish. During World War II, he worked with industrial enterprises from Axis countries, and after the war began to work with American industrial plants and from them imported iron ore for the Japanese steel industry, while at the same time power plants, and electrical and telephone lines manufactured by Japan were exported to India.

In the early 1950s, he expanded his business into other countries in the Far East, particularly South Korea, in which he invested money in factories and mediated between the local government and manufacturers from the West who had established industries in the region, such as: British Electric, Siemens, Mann and Fiat. Within a decade he had brokered and worked on a wide range of projects, from the production of processed paper to the purchase of airplanes and trains. For his work he was decorated by the Korean government. Until the mid-1950s, Eisenberg was the sole agent for trade between Korea and Japan, and the West. He managed to earn high brokerage fees from his many transactions, some of which provoked domestic and international scandals.

The Eisenberg Law and His Actions in Israel

He first visited Israel in 1952, received Israeli citizenship [1] and established the "Eisenberg Brothers" company for his brother, Rafael. His own businesses were not connected to the country until his visit in 1962 with the gathering of one of the "Economic Committees" of Jewish millionaires from around the world, organized by Pinchas Sapir. He introduced himself to the Israeli economy, purchased a house but then returned to Japan and for several years expressed his desire to invest in Israel.

In 1968 he wanted to immigrate to Israel and conduct his various businesses around the world. For this purpose, a law was passed known as the Eisenberg Law, which exempted the revenues from a multi-national company operating in Israel.[2] Following passage of the law, Eisenberg moved his international activities to Israel, and moved into a house he had purchased in Savyon.

In addition, Eisen was one of the most prominent investors in the Israel Corporation, which was established in 1968. By the mid-1970s, he joined the executive committee of the company[3] and at the end of 1970 he had increased his investment in the company by $600,000 to become the largest private investor in the company with a total investment of $1.9 million out of a capital of $30 million.[4] In 1982 while holding 21% of the company's shares, Eisenberg acted to gain full control of the comapny[5], which he finally achieved at the beginning of 1984.[6]

At the same time, Eisenberg exploited his connections to broker military deals bewteen the countries of the Far East and Israel, becoming an arms exporter from Israel to other countries in Africa and South America. Later he was one of the first to initiate commercial transactions between Israel and China. Eisenberg was considered a generous contributor to various political parties and was influential in Israeli politics.

In 1979 Eisenberg purchased the Shipping Bank[7] and the First International Bank.[8] Eisenberg increased his holdings in the banks in February 1980[9] and sold them in April 1980 for a considerable profit. 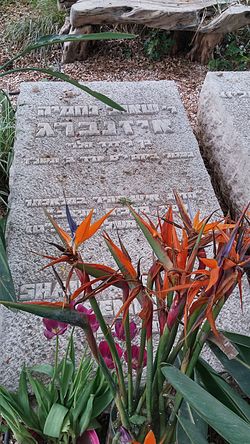 In 1979 the Asia House (Beit Asi'a) in Tel Aviv, which had also received special tax relief on the promise that its offices would be leased to embassies and foreign businessman with foreign currencies, which was rescinded.[10] After taking charge of the building, it was discovered the only 20% of the building had been leased out according to the agreement but because of ambiguity in the terms it could not be proved that Eisenberg did not honor them.[11] Eisenberg had set up his publicly traded companies owned by the Eisenberg Group in the Asia House. His exercised his control over these companies through his son-in-law Yonatan Zochovitzky and Michael Albin, who managed the group's publicly traded companies. Albin also acquired political influence in the Liberal Party, and after his death among his papers were some that named the various figure in the Israeli economy and in the politics that apparently had received favors from Eisenberg's group of companies. After the collaspe of the stock exchange in October 1983, the Eisenberg group suffered particularly large losses and when the police started to investigate Albin, it also emerged that the companies had hid information from investors. Albin died in tragic circumstances and Eisenberg, who had denied his involvement in the affair, broke with his son-in-law and his daughter.

In the 1990s there was a slowdown in business activity, against the background of the opening of markets to the Far East and the involvement of other businesses in the arms and export trade.

Shaul Eisenberg died in Beijing in 1997, two years before the Eisenberg Law expired. He is buried in a cemetery in Savyon.

Shaul Eisenberg was married to Leah and had one son and five daughters. When he died he left assets worth $1.3 billion.[12] The struggle over the inheritance was bitter and conducted against the glare of the media spotlight. In the end, Erwin Eisenberg who was the eldest, inherited the family business, the Eisenberg Group.

His brother Rafael, with whom he opened his first business in Israel, was an ultra-Orthodox scholar who aspired to write about the Books of the Torah. He died in 1976, leaving behind nine daughters and three sons.